The Time/date Scheduler is used to trigger events at specific times and dates, fully customisable in its own settings window. This window is accessed by the LED CTRL File menu button and "Time/date scheduler" 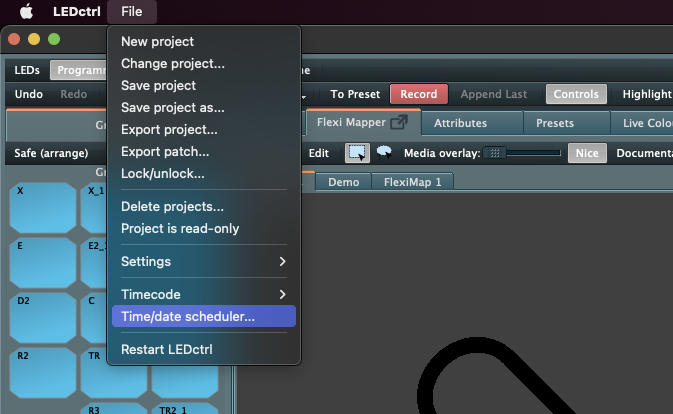 Setting the location of the LED CTRL system / project

In order to use scheduler functions such as sunrise and sunset, a location must be set by using the drop down menu's for Country and City. This will automatically update the longitude and latitude although these functions can also be used to set a specific location if known. 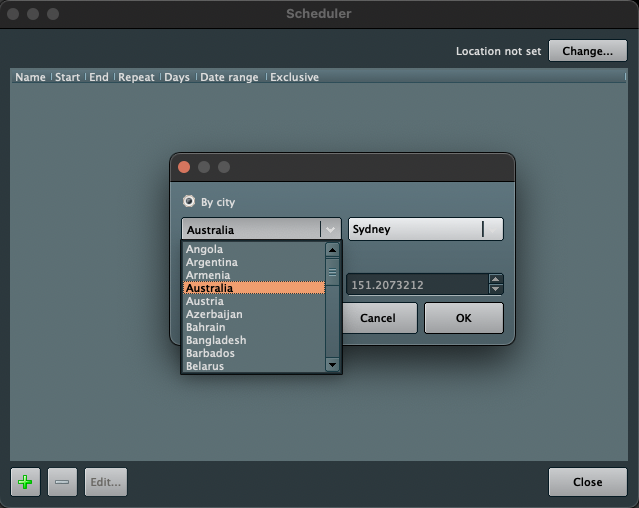 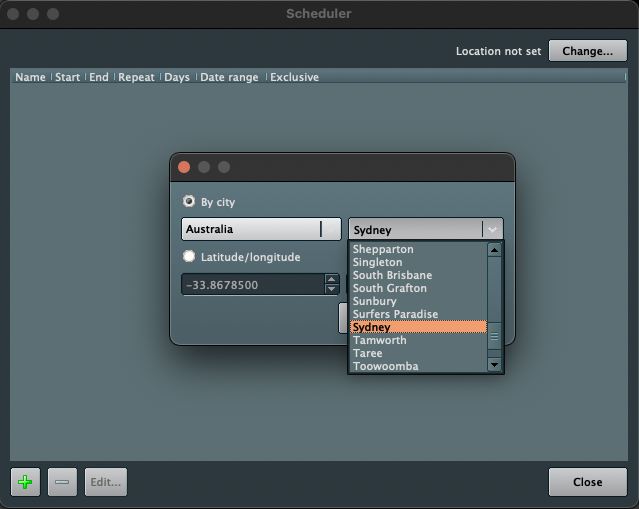 In the blank Scheduler window, click on the green plus sign in the lower left corner. Similarly, an event can be deleted or edited by using the adjacent minus or Edit buttons. You can close the Scheduler window at any time with the close button on the lower right. 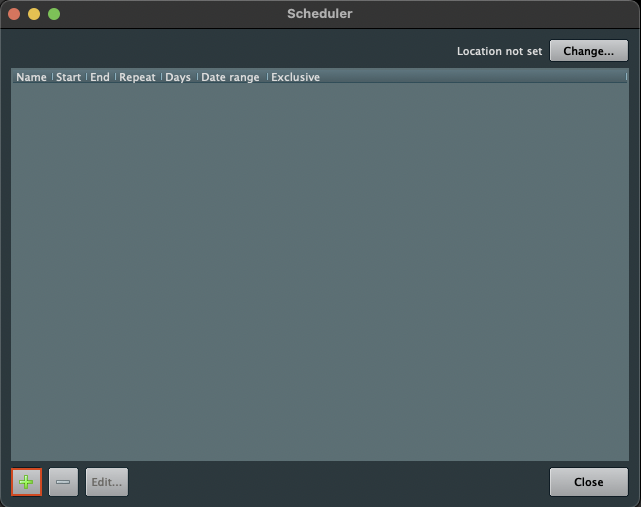 A blank new event will appear, where there are various options for customisation

Scripts are the core of the event scheduler and contain the actions to be triggered. The ScriptAssistant will open with a new script to allow preset options or a new script can be written from scratch. Scripts consist of two types of actions, single level actions which activate a global function and two level actions which specify an action and a cuelist to apply that action. As the preset script options are selected, the relevant script language will appear in the script bar. Scripts can be appended to add multiple actions to the script as needed. 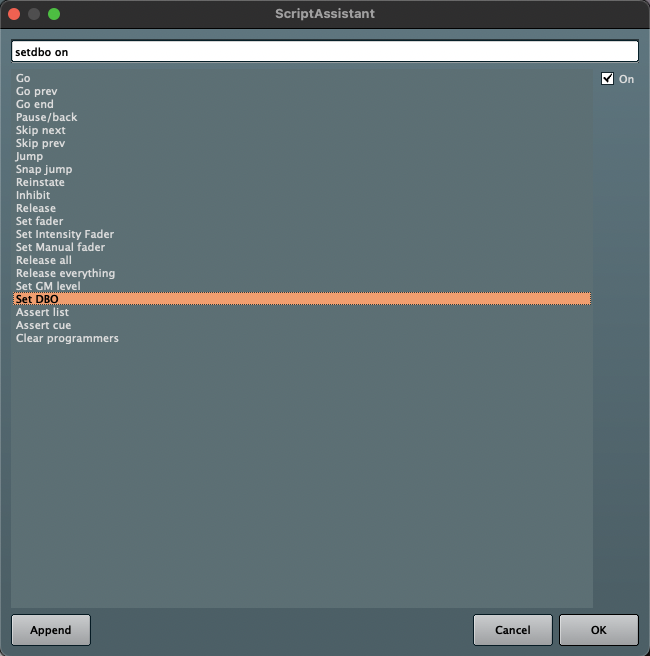 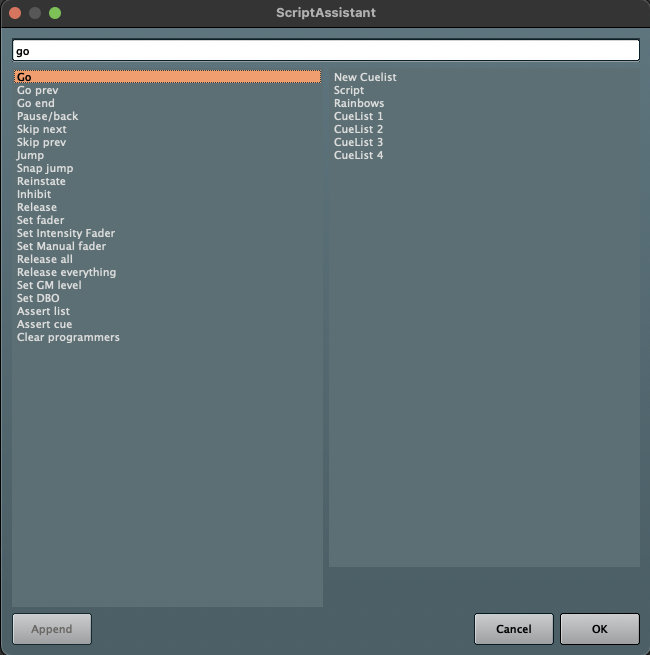 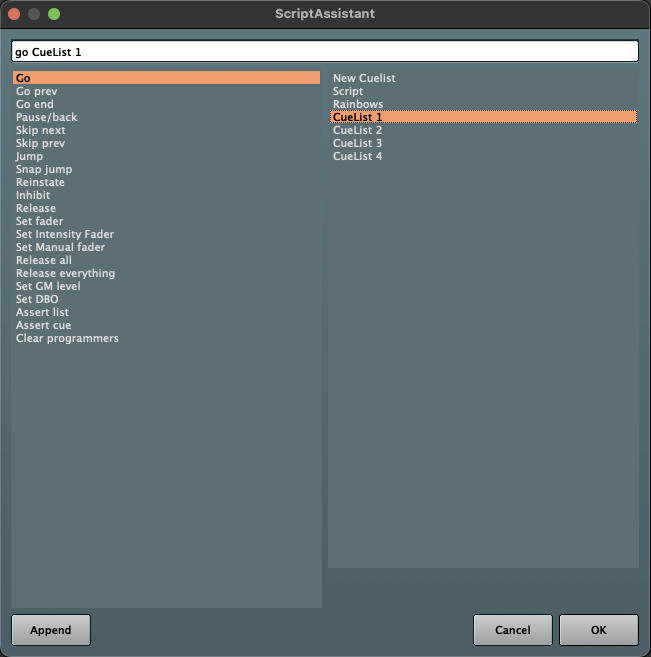 Clicking on the Append button on the lower left of the Script Assistant will enable a script to be modified and multiple actions to be completed in the one script. To clear the script language bar, click the black X symbol to the left of the bar. 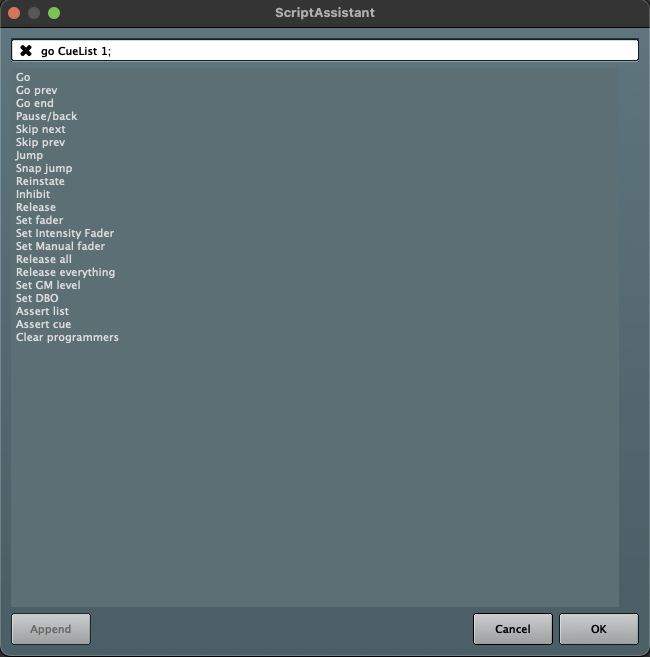 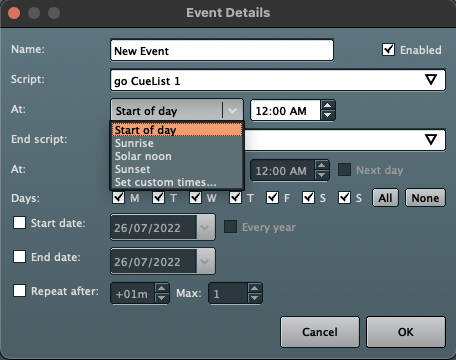 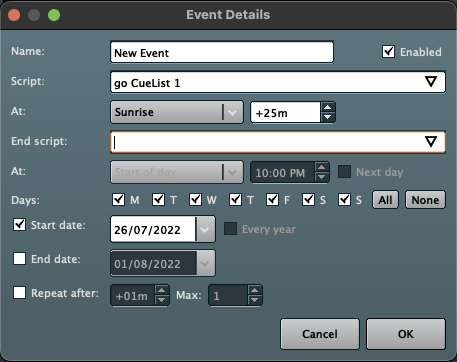 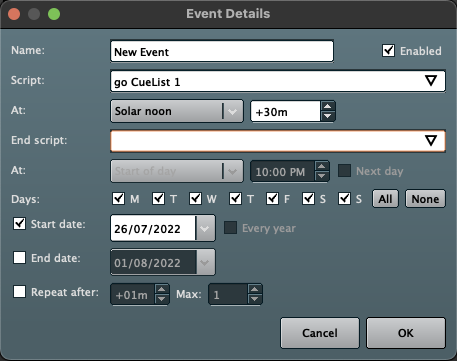 The dates that the Event will begin and end can be set, with the checkbox option of repeating that event on the same dates every year

Was this article helpful?

By entering and using this site, you consent to the use of only necessary cookies to enhance your site experience and improve our services.